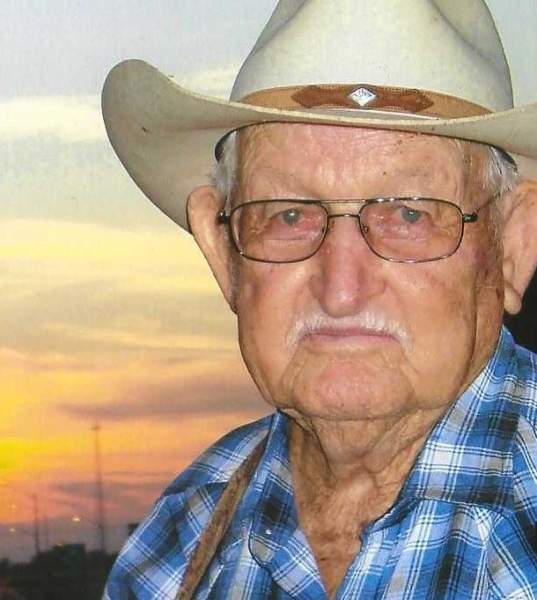 Wilmer Eli “BILL” Beasley passed away on Sunday, March 13, 2022, at Cross City Rehab, Cross City Fl. He was born in Pine Park, Georgia, and later moved to Florida. He was a farmer, rancher, and cowboy. During his lifetime he raised crops, cattle, swine, and trained horses. His hobbies were playing his guitar, singing, yodeling, a little fiddling, and playing a lot of tunes on his harmonica. Oh, how he enjoyed entertaining others with his musical talents, his life’s stories, and his silly jokes.

Mr. Bill was preceded in death by his wife, Florris Horne, and his Infant son Wayne.

He was also preceded in death by W.C Heath. W.C began working on the farm as a very young boy with his Uncle Horace and continued throughout his life working with the family as one of our own.

Bill Papa was one of five children born to William Eli and Miranda Bustle Beasley. He was 103 years of age and the last living child born into this family. His sister Evie and Eunice and brother Ocie and Tommy Lee left this earth many years ago, but the memories left behind always lingered in his mind.

He was also blessed with a number of sixty grandchildren/ great-grandchildren and numerous nieces and nephews.

To order memorial trees or send flowers to the family in memory of Wilmer Eli Beasley "BILL" , please visit our flower store.