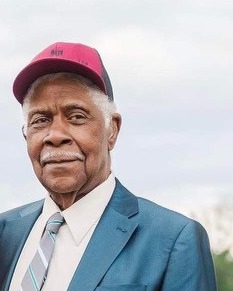 Mr. Thomas Days accepted Jesus Christ as his Lord and Savior at a very young age at New Zion A.M.E. Church in Raleigh, FL, where he remained a faithful Stewart until his eternal transition on December 22, 2022.  He attended school in Williston, Florida until he had to stop his education in order to work to help his mom & dad support the family.  Later, during his adult life of employment, he worked many years for V.E. Whitehurst & Sons, Inc., in Raleigh, Florida until he joined Maddox Foundry in Archer, Florida, where he would eventually retire at age 62.

On February 10, 1957, Mr. Thomas Days was joined in Holy Matrimony to the love of his life, Delories McCray Days and to this union they would add 10 beautiful children; one son, Benjamin “BJ” McCray preceded him in death.

To order memorial trees or send flowers to the family in memory of Thomas Days, Sr., please visit our flower store.