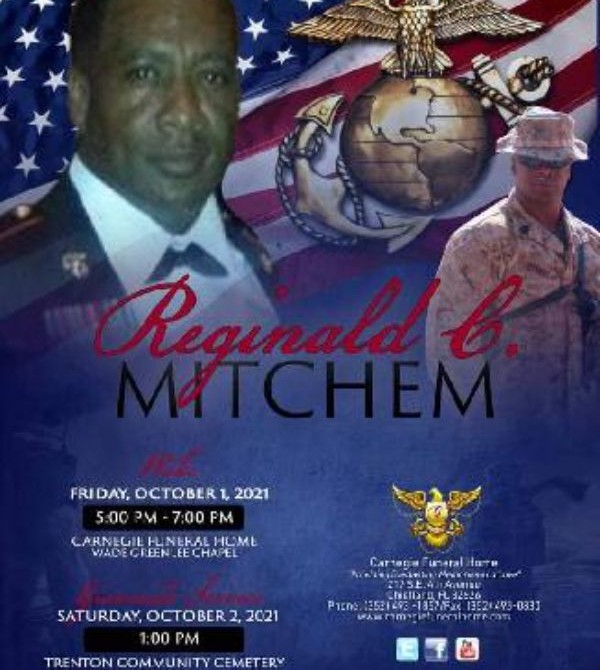 Reginald Calvin Mitchem, 54 of Charleston, South Carolina passed away on 14 September 2021. Reginald was born 21 November 1966, in Gainesville Florida. He was a 1985 graduate of Trenton High School, Trenton, Fl.

To order memorial trees or send flowers to the family in memory of Reginald Calvin Mitchem, please visit our flower store.
Send a Sympathy Card