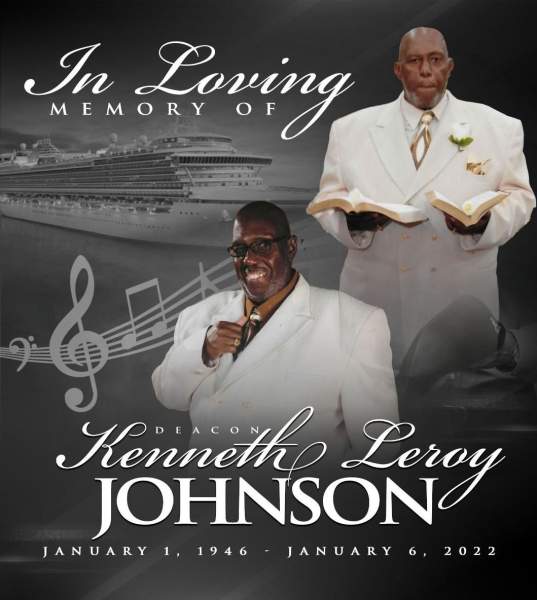 Deacon Kenneth Leroy Johnson, also known as Papa, Leroy, Bubba, Big Man, Bro, and Big Money, was born on January 1, 1946, in Tampa, Florida to the late Henry and Lily Bell Johnson. He was also preceded in death by his brother, Sinclair Johnson, and his beloved mother-in-law, Supervisor Mother Alberta Baker. Frances Johnson, the love of his life for over 42 years. He affectionately called her “His RED, Deacon Johnson was a member of Overcoming Ministries C.O.G.I.C. in Largo, Florida pastored by Supt. Carlton S. Childs and First Lady Vanessa Childs. He actively participated in the services as a singer and when asked, as one who preached the Word. He often accompanied his pastor in traveling; he was the pastor’s driver, and he was also the driver for the Evangelist Dorinda Clark-Cole when she was in town. He was a truck and bus driver by trade; he first started driving trucks in Arcadia, Florida at the age of 14. He drove trucks and buses for over 61 years until he retired after working 35 years at Southwestern Supplies in 2020. No one was a stranger to him. He was loved by everyone.

To order memorial trees or send flowers to the family in memory of Kenneth Leroy Johnson , please visit our flower store.