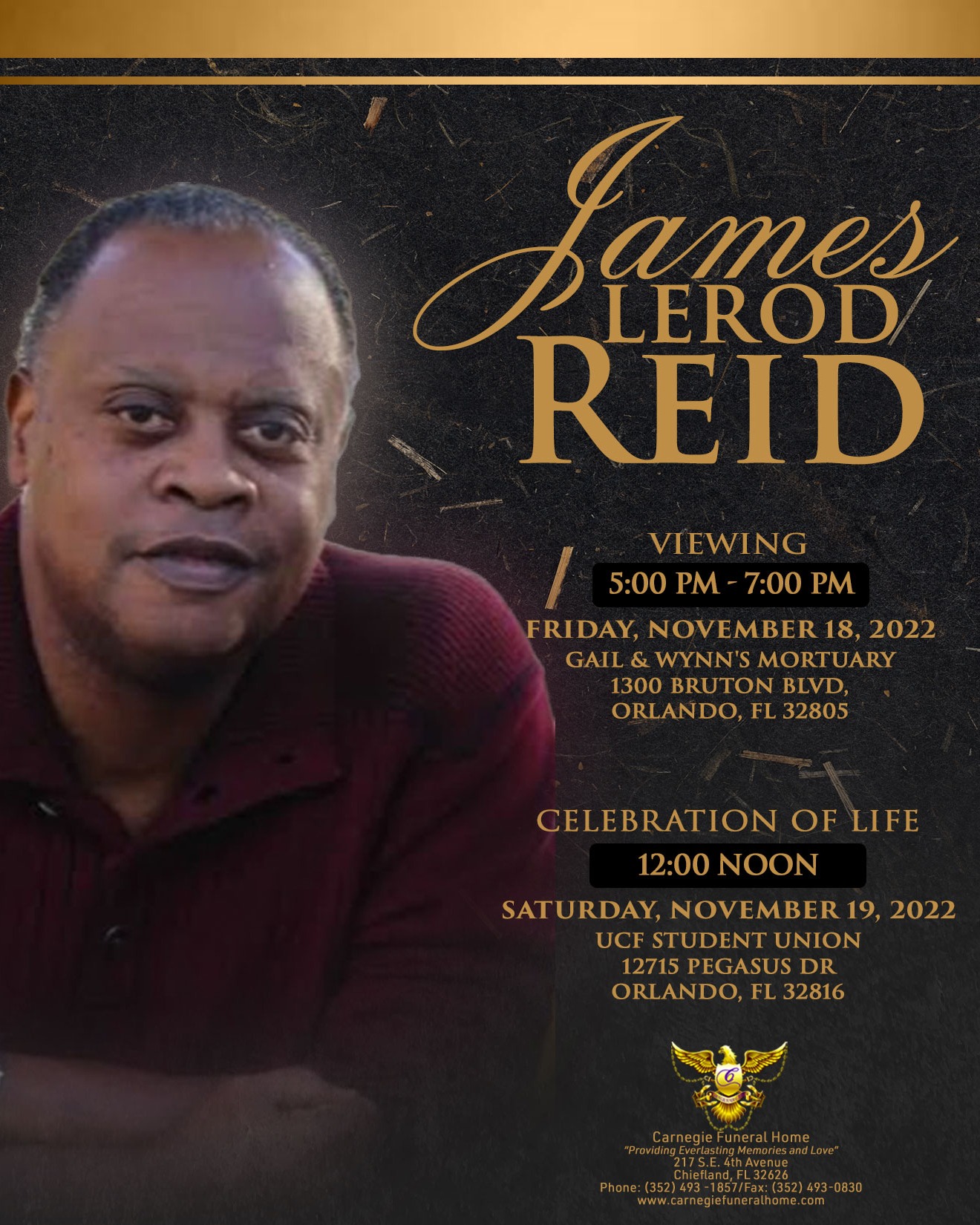 James Reid was born to the late Ozellmon Cook Reid and James LeRoy Reid on October 13, 1962, in Daytona Beach, Florida.

James worked in the Technology Industry as a Director of E-Commerce for 40 years before starting his own business, JLR Legacy Consulting.

James had a brother and sister at heart, Greg Lewis and Dora Johnson.

Lastly, James had many activities that he loved but none more than UCF. Anything UCF and his UCF Twitter Mafia friends and foes.

To order memorial trees or send flowers to the family in memory of James Lerod Reid, please visit our flower store.

Please Deliver All Floral Arrangements Between The Hours Of 12-5pm